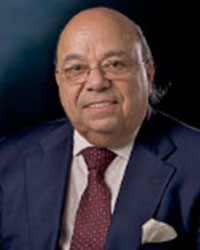 Bernie earned his doctorate in Metallurgical Engineering from New York University and had an initial career as a scientist. Bernie, along with his brother, purchased two Dunkin Donuts, and within 16 months they owned nine Dunkin Donuts, which was the largest franchise group in the system. While going through the process of selling their franchises, Bernie realized the Business Intermediary and franchise industry was where his expertise would be put to good use.

He has been recognized locally and nationally, by outside organizations and by his peers as a consummate professional in his chosen field. Bernie Siegel also lectures for various academic, civic, & professional clubs and associations. He is an avid golfer, having a great love for the game. He especially enjoys blue grass music. Perhaps his greatest pleasure is performing as a stand-up comic. In this genre, he has appeared in numerous fund raisers as well as professionally.